How to overcome Fear of Failure?

SUCCESS is crucial to overcoming the fear of failure. For many highly successful men and women who have achieved tremendous things in life, failure was merely a stepping stone to achieve excellence, they often recognized that failure to make the attempt is the ‘true’ failure and that doing nothing does nothing, means nothing.

Inaction breeds doubt and fear. Action breeds confidence and courage. If you want to conquer fear, do not sit home and think about it. Go out and get busy. – Dale Carnegie 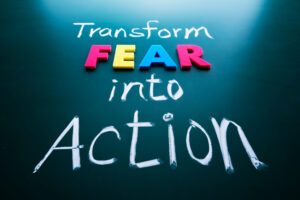 To go through life without feeling any form of mistake is almost impossible. Those who do this usually live with such care that they go nowhere. Simply put, they do not really exist at all.

But, the wonderful thing about failure is that it’s entirely up to us to decide how to look at it.

We may choose to view failure as the “end of the planet” or as proof that we are inadequate. Or, we can look at failure as the amazing learning experience it is so often. We may continue to look for the lesson that we are supposed to learn each time we fail at something. These lessons are very important; how we grow, and how we refrain from making the same mistake again. Failures only stop us if we allow them to.

Many of the most influential people in the world endured catastrophic failure before their success. We celebrate their achievement, but we often miss their direction. A route sometimes defined by failure. For example:

Some of us are going to fall into adulthood. Doors are slammed in our faces, and some bad decisions may be made. Yet imagine that when Jordan was kicked out from his team, Michael had given up on his dream to play basketball. Imagine if Richard Branson listened with the people who said that without a high school education, he would never do something worthwhile.

Think of the opportunities you’ll miss if you let your failures stop you.

Often, valuable insights come only after a failure. Accepting and learning from those insights is key to succeeding in life.

If you are distressed by anything external, the pain is not due to the thing itself, but to your estimate of it; and this you have the power to revoke at any moment. – Marcus Aurelius

Experience of fear of failure-

When you ask someone what their fears are and they say they don’t have them, they might either joke around or just try to conceal them from you. We are just scared of ourselves. In this fight, you ‘re not alone.

You have to tackle or face your fears. Never run away from your fear.  Do not let your fears control you or define your personality. Let’s check the types of fears you have faced ever and how to overcome this fear of failure.

At some point in your life, you may fear even the mere thought of committing yourself to something or to someone. Those with a commitment to phobia are long-term and long-lasting, but their crippling anxiousness prevents them from living too long. When they are pressured for engagement, they are much more likely to leave than to allow the undertaking. Or they can accept the commitment initially, then go back to their hopeless anxiety and fears for days or weeks to come.

Fear of failure is tied with fear of rejection. This is one of many people’s most common fears. This is what we are talking about. You may be afraid to move particularly if it includes sharing your feelings towards someone special or simply getting close to someone else and starting a good conversation. Nobody likes to be rejected and that’s why many people just stop trying.

Such a fear empowers a person to do certain things. It obstructs the talk of a person in whom you are connected. It stops during group discussions, you expressed your opinions. In addition, the fear of denial prevents you from sharing your opinions, emotions and feelings even to ask for something you believe to be important or maybe you valid.

Some of us fear failure because we think that we have to be fine. We risk appearing incomprehensible and feeling somehow faulty if we try and fail.

Perfectionists feel that it is important to do everything on a high level, without room for error. They would prefer not to do something if they can’t get it done perfectly. Regrettably, this kind of thinking takes away from true learning and the advantages and ideals of knowledge for the perfectionist.

We always wants success in our first attempt. The same goes for professional sports. Once you discover what you need to succeed, athletes need to learn to tolerate defeat. It’s totally unrealistic to expect to win from the start in any sport. Failure is part of the winning cycle.

There is a possibility that anxiety never willfully vanish, but you can learn how to cope with it. Alternatively, you will focus on more important aspects of a situation. For example, someone could have overcome their fear of public speaking, but still, feel nervous when talking in front of people they do not know.

The key thing that must always be remembered is that you overcome and conquer your fear every time you stand before other people and speak. The anxiety wins whether you suppress it or disregard it. Don’t be afraid to talk openly is not the only measure of your success; it’s the most important accomplishment given your concern that you are intentionally behaving.

How to overcome Fear of Failure

We all have our own life challenges and anxiety. Really, it’s to defend yourself from something known as human nature dangerous or disagreeable. Many people can come as heights, water, fire, shift, insects and everything else.

You may have fears during your childhood years which you have already outgrown but there are those types of fears which you bring up until your adult years. These are much
harder to deal with.

As we grow older we find that anxiety needed to be resolved. Yet in the life of a person, fear is also essential. It protects us from the threat. Then again, you have to recognize and identify the fear which you think is preventing you from being happy and successful.

Knowing what your fears is as important as finding the right methods to overcome them. Determining your fears which are controllable and those which are beyond your abilities is very important.

Furthermore, you will have to make yourself get used to changing your point of view bout the things or situations which may cause anxiety or fear on your part. This cannot be achieved in just one day. You have to be patient and you have to be committed. Take small steps at a time since this will help you progress towards your goal which is to overcome your fear.

Here are some tips on how to eliminate fear and focus on success:

Satyanarayana Dora is a senior professional who worked with different industries. He is a Chartered Accountant from India. He writes about leadership skills, recent updates, career progress path etc...