How to Disagree with Someone More Powerful Than You? 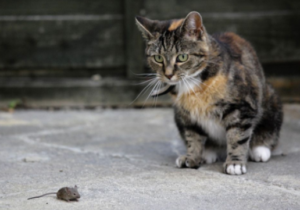 Your manager recommends a new plan that you don’t think would succeed. Your senior colleague explains an unrealistic timetable of the project you think.

What do you say when you disagree with someone who has more power than you do? How do you decide whether it’s worth speaking up? And if you do, what exactly should you say?

Disagreements at the workplace are inevitable. Everyone has their own ideas, opinions and values, and it’s hardly likely that yours will be similar to those of your colleagues. It’s actually wrong to always agree with your colleagues because it means that you are not sufficiently competent or capable to have your own opinion and views.
It’s a natural human reaction to shy away from disagreeing with a superior. “Our bodies specialize in survival, so we have a natural bias to avoid situations that might harm us,” says Joseph Grenny, the coauthor of Crucial Conversations and the cofounder of VitalSmarts, a corporate training company. “The heart of the anxiety is that there will be negative implications,” adds Holly Weeks, the author of Failure to Communicate. We immediately think, “He’s not going to like me,” “She’s going to think I’m a pain,” or maybe even “I’ll get fired.” Although “it’s just plain easier to agree,” Weeks says that’s not always the right thing to do.
Here’s how to disagree with someone more powerful than you.

Most people tend to overplay the risks involved in speaking up. “Our natural bias is to start by imagining all the things that will go horribly wrong,”. Confirm your reasoning by being rational about what can happen if you show your disagreement. Your counterpart might be surprised and a little upset at first. But chances are you’re not going to get fired or make a lifelong enemy. He suggests you first consider “the risks of not speaking up” — perhaps the project will be derailed or you’ll lose the team’s trust — then realistically weigh those against the potential consequences of taking action.

2. Decide whether to wait

After this risk assessment, you may decide it’s best to hold off on voicing your opinion. Maybe “you haven’t finished thinking the problem through, the whole discussion was a surprise to you, or you want to get a clearer sense of what the group thinks,”. “If you think other people are going to disagree too, you might want to gather your army first. People can contribute experience or information to your thinking — all the things that would make the disagreement stronger or more valid.”

It is better to voice your opposition privately unless time is of the essence. Waiting for one-on-one will allow the other person to feel less defensive and give you the chance to obtain evidence to support your views.

3. Focus on what you have in common—not what you don’t

As members of the same team, you and the other person share a common goal: You both want a successful outcome. Connect your disagreement to that shared goal, which will show that you aren’t simply being disagreeable. You’re more likely to be heard if you connect your reasoning to a “higher purpose,” Grenny says.

For the same reason, beware of using judgmental terms such as “hasty” or “short-sighted.” Choose words that allow a neutral discussion about the merits of both opinions.

Stress that you give your opinion, not “Evangelical facts”. It may be a well-informed, well-researched opinion, but it’s still an opinion, so talk tentatively and slightly understates your confidence.

For example- When we say that “If we set an end-of-quarter deadline, we’ll never make it,” say, “This is just my opinion, but I don’t see how we will make that deadline.” Weeks suggests adding a lot of “guiding phrases” like “I’m thinking aloud here.” This will leave room for dialogue.

Finally, let the other person know you respect the chain of command. By saying, “I know this is your call,” you can ensure that you’ve remained respectful while giving your opinion

Never jump directly into the argument of disagree. Always take permission in the meeting that you want to share your views/points. Believe that the other person will never say no for it. Once he says yes, then it’s your chance to keep your points of disagreement in front of all.

You can feel your heart pounding, or your face is becoming red, but do all you can to keep your words and actions calm. Your body language should tell others that you are calm and confident. Deep breaths can help, as can speaking more slowly and deliberately. “When we feel panicky we tend to talk louder and faster. You don’t want to be mousey or talk in a whisper, but simply slowing the pace and talking in an even tone helps calm the other person down and does the same for you.

After you’ve gotten permission, articulate the other person’s point of view. What is the idea, opinion, or proposal that you’re disagreeing with? Stating that clearly, possibly even better than your counterpart did, lays a strong foundation for the discussion.

When you move on to expressing your concerns, watch your language carefully. Avoid any “judgment words” such as “short-sighted,” “foolish,” or “hasty” that might set off your counterpart; one of the tips is to cut out all adjectives, since “they have the potential to be misinterpreted or taken personally.” Share only facts. Try to make it an honest disagreement, a worthwhile advancement of thought.

Ultimately, the person in power is probably going to make the final decision, so acknowledge that. You might say, “I know you’ll make the call here. This is up to you.” That will not only show that you know your place but also remind them that they have choices, Don’t, however, backtrack your view or give false praise. “You want to display respect for the individual, while you have respect for yourself.

Satyanarayana Dora is a senior professional who worked with different industries. He is a Chartered Accountant from India. He writes about leadership skills, recent updates, career progress path etc...